THE BEGINNING: Rockford Molded was started back in 1943 by Henry ” Hank” Gustafson & Norman Johnson it started in a small garage on 18th Avenue in Rockford, Illinois. At first it was a tool and die shop and they made components for the US Army during World War II, along with most manufacturers in the Rockford area. By the 1950s, Hank and Norman made their first injection molding machine from scratch, and along with the help from other pioneers in the community, they were hoping their new creation was the tool of dreams.

When molding operations began, Rockford Molded was 1 of the 5 first Injection Molders in the entire Midwest. Norman, who wanted to retire, was bought out in the early 1970s by Hank. By the end of the decade, Hank retired, passing along the Rockford Molded and the image it successfully built to his three sons – Doug, Gerald and Craig. The principle of keeping Rockford Molded a family-owned company was very important to Hank.

Article Published about Rockford Molded in 1955. 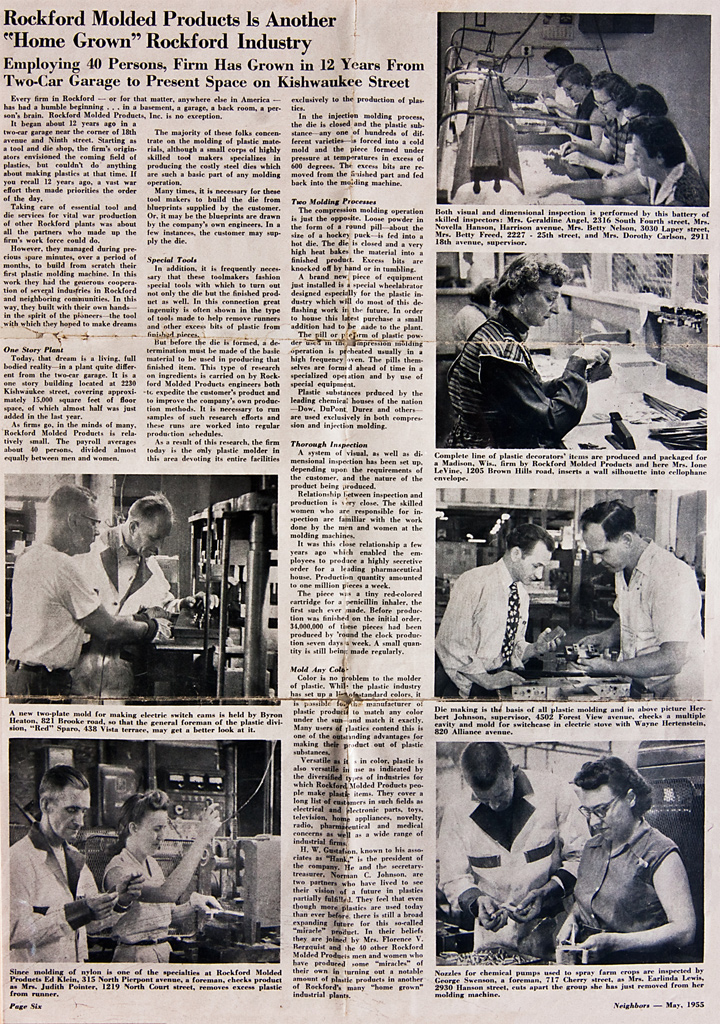 ROCKFORD MOLDED TODAY Over the last 30 years, not much in the name of principle and pride has changed at Rockford Molded. Although we saw the passing of Doug and Craig, Gerald continued to run the company along with Wayne Rasner, Sr. for nearly 30 years. As of 2013, Gerald has retired and sold the company to Wayne Rasner Sr. (partner for 30 years), Wayne Rasner, Jr. (with the company for 5+ years) and Thomas Thome (with the company for 10+ years). In essence, Rockford Molded is a still family-owned business and we take great pride in the relationships we maintain with each other and our customers.

The new owners of Rockford Molded we want to continue the legacy . 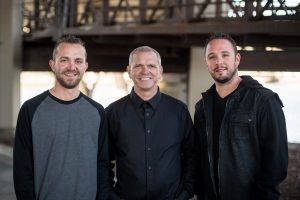 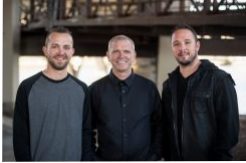